Rules for Understanding the Bible 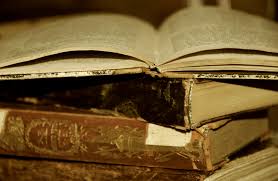 Have you ever wondered why there are so many different interpretations of the word of God? Differing interpretations ultimately result in different denominations. The Holy Scriptures will reveal themselves to those who “study to show themselves approved” by “rightly dividing the word of truth” (2 Tim.2:15). This article will discuss eight rules that should be at the center of all biblical interpretation. These rules did not originate with this writer. But they have been accepted and used by scholars from Socrates to our present day. Not only can these rules be applied to the Bible but also to any legal or historical document. Break these time tested rules and you will find yourself lost and off into left field and possibly even in a religious cult.

2 Peter 1:19-21 (KJV) – “We have also a more sure word of prophecy; whereunto ye do well that ye take heed, as unto a light that shineth in a dark place, until the day dawn, and the day star arise in your hearts: Knowing this first, that no prophecy of the scripture is of any private interpretation. For the prophecy came not in old time by the will of man: but holy men of God spake as they were moved by the Holy Ghost.”

We can’t have a “sure word” about the meaning of Scripture (or anything else) unless we have a sure method to interpret the words. The cause of all false doctrines taught by Christians can be traced to the misinterpretation and misapplication of the meaning of Biblical words and expressions. Here are the eight time-tested rules:

The Rule of Definition

What does the word mean? Any study of Scripture must begin with a study of words. Define your terms and then keep to the terms defined. The interpreter should conscientiously abide by the plain meaning of the words. This quite often may require using a Hebrew/English or Greek/English lexicon in order to make sure that the sense of the English translation is understood.

The Rule of Usage

It must be remembered that the Old Testament was written originally by, to and for Jews. I like to say that the Bible was written for us but not to us. The words and idioms must have been intelligible to them – just as the words of Christ when talking to them must have been. Please note that an idiom is a commonly used expression whose meaning does not relate to the literal meaning of its words. For example the idiom “Let’s paint the town red” would mean “Let’s have a good time in town”. The Bible is full of Jewish/Hebrew idioms. If you don’t understand the Hebrew traditions, culture, etc., of the Jewish men who wrote the Bible, you will not understand the idiom (words/meaning/context) in which it was spoken. In order to understand a person, you need to understand their culture. To understand the Jewish men who wrote our Bible, we must think Jewish.

For example the expression “a thousand years” often refers to a long period of time and not an exact period of one thousand years. Likewise, the majority of the New Testament was written in the social environment of Greco-Roman (and to a lesser extent Jewish) culture. Therefore, it is important to not impose our modern usage into our interpretation. When one’s interpretations are shaded by pre-conceived notions and cultural biases the rendering of the meaning will be inaccurate.

The Rule of Context

Context determines the meaning. Every word read must be understood in light of the words that come before and after it. Many passages will not be understood at all, or understood incorrectly, without the help afforded by the context.

A good example of this is the Mormon practice of using 1 Cor. 8:5: “…for there be gods many and lords many…” as a “proof text” of their doctrine of polytheism. However, a simple reading of the whole verse in the context of the whole chapter (e.g. where Paul calls these gods “so-called”), plainly demonstrates that Paul is not teaching polytheism.

The Rule of Historical Background

The interpreter must have some awareness of the life and society of the times in which the Scripture was written. The spiritual principle will be timeless but often can’t be properly appreciated without some knowledge of the background. The interpreter should have in his mind what the writer had in his mind when he was writing. We must be careful not to add any excess baggage from our culture or society. The result will be that the true thought of Scripture is captured.

A good example is the destruction of the Jewish Temple in 70 A.D. Jesus, in Matthew chapter 24 prophesied that the temple would be totally destroyed.

Matthew 24:1-2 (KJV) – “And Jesus went out, and departed from the temple: and his disciples came to him for to shew him the buildings of the temple. And Jesus said unto them, See ye not all these things? verily I say unto you, There shall not be left here one stone upon another, that shall not be thrown down.”

However, there are no scriptures that mention that the temple was destroyed. One must consult the historical record in order to confirm that this event took place. Here’s an excerpt from the Jewish historian Josephus who was an eye witness to the destruction: Josephus: The War of the Jews – Book 7 Chapter 1 – “Now, as soon as the army had no more people to slay or to plunder, because there remained none to be objects of their fury, Caesar gave orders that they should now demolish the entire city and temple..”

The Rule of Logic

Interpretation is merely logical reasoning. When interpreting Scripture, the use of reason is everywhere to be assumed. Does the interpretation make sense? The Bible was given to us in the form of human language and, therefore, appeals to human reason – it invites investigation. It is to be interpreted as we would any other volume: applying the laws of language and grammatical analysis.

The Rule of Precedent

We must not violate the known usage of a word and invent another for which there is no precedent. Just as a judge’s chief occupation is the study of previous cases, so must the interpreter uses precedents in order to determine whether they support an alleged doctrine. Consider the Bereans in Acts 17:10-12 who were called “noble” because they searched the Scriptures to determine if what Paul taught them was true.

The Rule of Unity

The parts of Scripture being interpreted must be construed with reference to the significance of the whole. An interpretation must be consistent with the rest of Scripture. That’s why it’s important to have an overall understanding of both the Old and New Testaments and the general outline of scripture.

The Rule of Inference

An inference is a fact reasonably implied from another fact. It is a logical consequence or conclusion. It derives a conclusion from a given fact or premise. It is the deduction of one proposition from another proposition. Such inferential facts or propositions are sufficiently binding when their truth is established by competent and satisfactory evidence. Competent evidence means such evidence as the nature of the thing to be proved admits. Satisfactory evidence means that amount of proof which would ordinarily satisfy an unprejudiced mind beyond a reasonable doubt.

Jesus used this rule when he proved the resurrection of the dead to the unbelieving Sadducees in Matt. 22:23-33:

Matthew 22:23-33 (KJV) – “The same day came to him the Sadducees, which say that there is no resurrection, and asked him, Saying, Master, Moses said, If a man die, having no children, his brother shall marry his wife, and raise up seed unto his brother. Now there were with us seven brethren: and the first, when he had married a wife, deceased, and, having no issue, left his wife unto his brother: Likewise the second also, and the third, unto the seventh. And last of all the woman died also. Therefore in the resurrection whose wife shall she be of the seven? for they all had her. Jesus answered and said unto them, Ye do err, not knowing the scriptures, nor the power of God. For in the resurrection they neither marry, nor are given in marriage, but are as the angels of God in heaven. But as touching the resurrection of the dead, have ye not read that which was spoken unto you by God, saying, I am the God of Abraham, and the God of Isaac, and the God of Jacob? God is not the God of the dead, but of the living. And when the multitude heard this, they were astonished at his doctrine.”

Learning these eight rules and properly applying them will help keep any interpreter from making errors and will hopefully alleviate many of the disagreements, unfortunately, present in Christianity today. However, these eight principles are no substitute for the Holy Spirit which will, if you let Him, guide you in the truth [John 14:26]. We hope you apply these rules and see how the scriptures reveal themselves to you.

In closing we read from King Solomon in Proverbs 1:5-6: “A wise man will hear, and will increase learning: and a man of understanding shall attain unto wise counsels: to understand a proverb, and the interpretation.”

The foregoing rules of interpretation are important guides that should be utilized and noted when reading or studying any document; be it a novel, a history, a law case, even any instruction booklet, let alone the various Bibles that are available to read and study.

Latest posts by Ron (see all)
Bible InterpretationRulesStudying the Bible
Prev post Mark of the Beast
Next post The Last Days - of What?

Thank you for your teaching on the topic of interpretation. It helps me to appreciate why the same scripture have different understanding and the true essence of quoting verses out of context.