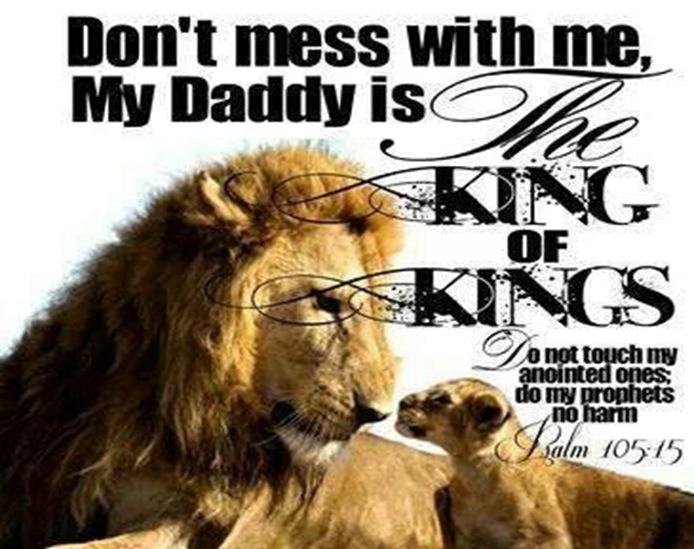 This is the fifth in a series of articles on “Leadership, Authority, and Submission”. The first article was entitled Jesus – The Chief Shepherd. It discussed the often misapplication of 1 Samuel 15:22-23. The second article was entitled The Hebrews 13:17 Dilemma. The third article was entitled Romans Chapter 13 – Which Power? Next in this series, we explored what 1 Peter 5:5 teaches who submission to authority – Who Is Subject To Whom.  This article explores just who’s got the anointing.

What do the scriptures have to say about the subjects of authority and submission? Well, Jesus had a lot to say about spiritual leadership. He said that leaders in the church should be servants. Christian leaders should not act as gentiles who “lord it over” people. A good example of this principle is found in Matthew chapter 20.

Matthew 20:25-28 (KJV) – “But Jesus called them unto him, and said, Ye know that the princes of the Gentiles exercise dominion over them, and they that are great exercise authority upon them. But it shall not be so among you: but whosoever will be great among you, let him be your minister;  And whosoever will be chief among you, let him be your servant: Even as the Son of man came not to be ministered unto, but to minister, and to give his life a ransom for many.”

What the scriptures reveal is that authority in the church is very different from authority in the world. Church leaders must first and foremost be servants. In Matthew chapter 20 we see Jesus making reference to Gentile rulers. At this time, Israel was occupied by the Roman army and its’ system of regional government. The Romans had set up an elaborate command structure with multiple levels of authority. The Jews hated the Romans and desired to throw off the yoke of Roman government and oppression. Jesus was discouraging His followers from developing authority structures that were like Rome.

In my experience these are the Bible passages regarding authority and submission that have been misunderstood and misused within the Christian church:

These passages are often taken out of context and misused. Misused in that there is no attempt to study the meaning of each scripture. There’s no attempt to look at the whole body of scripture that deals with the subject of authority and submission within the church. Concordances, commentaries, and translations other than the King James Version (KJV) are never consulted or studied. Whether done out of ignorance or malice, the word of God is never rightly divided. So let’s continue our study of authority and submission by making a critical study of Psalms 105:15.

There are two important points to consider when studying this passage. First, what does the phrase “touch not” mean? Does it mean in a physical way or by speaking to or about someone? The second question is who are “mine anointed”? Are “mine anointed” just Bishops, Pastors, Apostles, Deacons and other church leaders?

The first point to consider is that Psalms 105:15 is an Old Testament scripture. The context of Psalms 105:15 is that God protected His “anointed“. His “anointed” were considered all of the people of Israel and His Prophets. God was promising to protect them from their enemies that intended physical harm. The first thing one should notice is that the word “touch” actually means physical harm. It has nothing to do with speaking or saying something about another person that is true. How do we know this? It is because that is exactly what David did about Saul. David was the author of Psalms. It was David who promised not to harm God’s “anointed.” David was referring to King Saul at the time. However, David did speak out publicly about King Saul’s tyranny. Not only David but Samuel the prophet spoke out against King Saul’s disobedience to God.

David did not raise his hand to physically harm (touch) God’s anointed (1 Samuel 26:9, 11, 23). Now look at 1 Samuel 26:11. It tells us that David would not stretch his hand out to touch or harm King Saul. Instead, David sneaked up and took Saul’s spear and water jug. David returned Saul’s possessions and said, “For the Lord delivered you into my hand, but I would not stretch out my hand against the Lord’s anointed.” “Stretch out my hand” refers to physical harm, not speaking out against injustice.

Now who are “mine anointed”. Unfortunately, many religious leaders refer to themselves, exclusively, as “God’s anointed”. Pastors and other religious leaders are certainly “anointed”. However, what is often not mentioned is that all born again Christians are also “anointed” of God. We are all part of the royal priesthood. The Bible tells us the whole body of Christ is “anointed”, not just some people in the body. Let me give you chapter and verse from the New Testament:

2 Corinthians 1:20-22 (KJV) – “Now He who establishes us with you in Christ and has anointed us is God, who also has sealed us and given us the Spirit in our hearts as a guarantee”.

Let me ask those who use the phrase “touch not mine anointed”. Do you believe that only religious leaders are “anointed“? Or can you admit that the whole body of Christ is anointed? If so, stop using this Scripture from the Old Testament as if there are only certain people anointed, like prophets or kings. The New Testament view identifies the “anointed” as all those who have received Jesus into their hearts and baptized into the body (1 Corinthians 12:13). It is not limited to a certain church or group of people. It is not limited to Pastors or church leaders as if they were like the kings or prophets in the Old Testament. No, the whole body of Christ is “anointed”. Everyone shares the same anointing unless they have fallen into sin.

I John 2:27 (KJV) – “But the anointing which you have received from Him abides in you, and you do not need that anyone teach you; but as the same anointing teaches you concerning all things, and is true, and is not a lie, and just as it has taught you, you will abide in Him.”

Again let’s see what well known Bible commentaries have to say about the meaning of Psalms 105:15:

Adam Clarke’s Commentary – “Touch not mine anointed—It is supposed that the patriarchs are here intended; but the whole people of Israel may be meant. They were a kingdom of priests and kings unto God; and prophets, priests, and kings were always anointed.”

Jamieson, Faust and Brown Commentary – Touch not—referring to Genesis 26:11, where Abimelech says of Isaac, “He that toucheth this man or his wife shall surely be put to death.” Mine anointed—as specially consecrated to Me (Psalm 2:2). The patriarch was the prophet, priest, and king of his family. my prophets—in a similar sense, compare Genesis 20:7. The “anointed” are those vessels of God, consecrated to His service, “in whom (as Pharaoh said of Joseph, Genesis 41:38) the Spirit of God is”.

We are only to accept teaching from those who follow the Word. We are not given the liberty to obey or accept any teaching that does not line up with the Word of God. We have a duty to test every teaching and spirit. We have a responsibility to explain the truth to those who teach error. In Acts 19:8 Jesus reasoned and taught. In this passage, we read of Jesus going into a Jewish synagogue. Jesus spoke boldly for three months. What was He doing for three months? He was “disputing and persuading the things concerning the kingdom of God”.

Jesus taught by “disputing and persuading”. Did Jesus just demand “obedience”? No. Jesus tried to “persuade” them concerning the kingdom of God. Following the example of Jesus, we are to discuss and work out teaching. If people call themselves pastors or teachers and are not in submission to the Word of God, we are instructed to expose their error.

The Bereans checked all teaching against the Scriptures to make sure it was sound. They took the word of God seriously. They searched the Scriptures daily to see if what they were hearing lined up with God’s Word.

Acts 17:11(KJV) – “Now these were more noble than the Jews of Thessalonica, for they gave serious attention to the word, searching in the holy Writings every day, to see if these things were so.”

What Jesus is telling us in Matthew 23:8-12 is that we are not to view others in the church, however honorable, as fathers or superiors in any way. We are encouraged to read the Bible, and commanded to seek the truth ourselves. We are to test all teachings, prophecies, words, etc. However, how can we test all teachings? The only sure way is to compare what we have heard or read against the Word of God. 2 Timothy 2:15 commands us to “Study to shew thyself approved unto God, a workman that needeth not to be ashamed, rightly dividing the word of truth.”

This is the fifth in a series of articles on the subject of “Leadership, Authority and Submission” within the Church. The articles focus on the misuse of scriptures that relate to this subject. The first article was entitled Jesus – The Chief Shepherd. The second article discussed the confusion surrounding Hebrews 13:17 . The third article focused on the misapplication of Romans Chapter 13. The fourth article focused on the misapplication of 1 Peter 5:5. The final article will explore Exodus 19:12.

Latest posts by Ron (see all)
AnointedAnointed of GodChrisitians AnointedGod's AnointedPsalms 105:5
Prev post Who Is Subject To Whom? 1 Peter 5:5
Next post Seed Royal